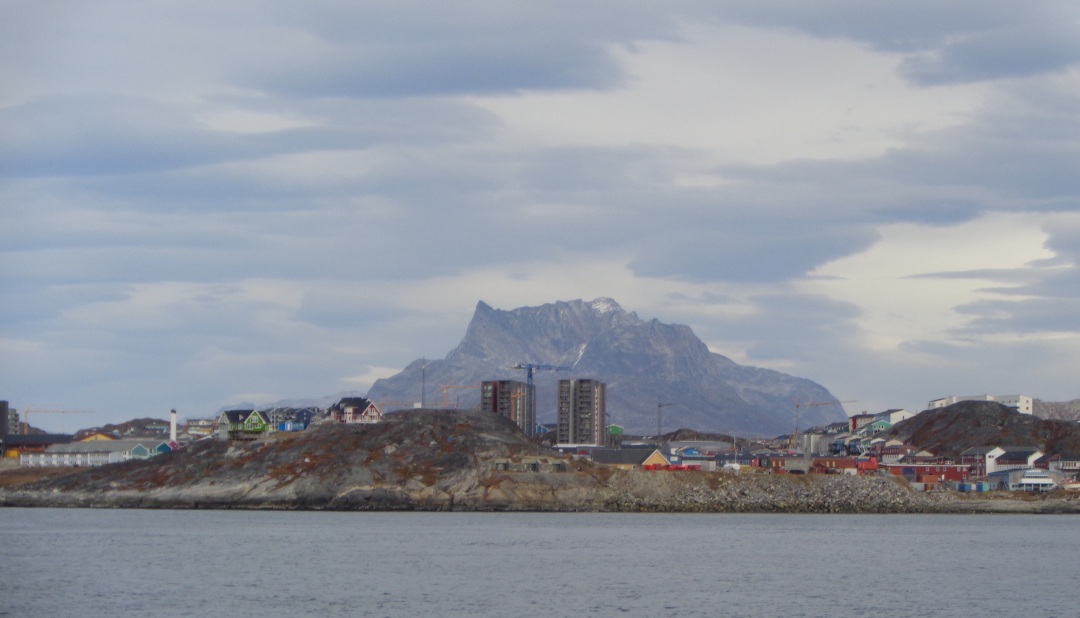 Finding open cross-disciplinary opportunities to get feedback on your work-in-progress prior to submission from experts in your area is a challenge for many. In Denmark, the Arctic Seminar Series is a nation-wide opportunity, open to researchers across disciplines within the humanities and the social sciences looking to network and give and get feedback on work. Learn more about the seminar series below in an interview with the series founder Ulrik Pram Gad conducted in Copenhagen on the 31st October 2019.

Who started the Arctic Seminar Series?

This series of research seminars basically started in 2014 when we were trying to get Arctic research and research into Greenlandic politics up and running at the Department of Political Science [University of Copenhagen] and at that time we were three or four persons doing part time stuff. We thought we need a lot of money so we can hire more people, but until we do that we need to connect with other people.

Why start a seminar series?

The rationale of the seminar series is that it should appeal to two different communities: a community and a non-community in a sense. We knew, of course, that there were a lot of people who were Eskimology-kind of specialists in Greenland and they had a community in the sense that they knew each other and met now and then. Then I regularly met people who engaged Greenland or the Arctic as one case or an aspect of their research and I thought that these two communities or groups of people would really benefit from meeting each other. Of course those that just had Greenland as a case study needed to get expert knowledge from the Arctic nerds, but also the other way around that sometimes there is a tendency that those working on Greenland or other Arctic societies end up working in an area studies silo, so maybe it would be nice to have more of a comparative aspect or insert their case in a wider structural view of the world. So I thought that the two groups could benefit from meeting one, that’s the basic rationale. The second thing is that the format of the seminars is modelled on how I was raised in security studies that we were obliged to spend some time at home reading so we don’t just show up and listen to people talking. We commit in the sense that we spend time reading each other’s papers and try to assist them to get closer to publication in a more engaged way.

On the one hand it’s the same in the sense that we don’t have one, stable audience or group of participants. There are people coming in and out, some of them because they only have this one research project where there is a Greenlandic case and others because they have a more narrow theoretical interest so they only show up where there is something close to their own home. On the other hand there is a continuity in the sense that we have people coming back. So all participants may not be intensely part of the same conversation all the time, but it still feels like a conversation that goes on that we can refer to in the seminars. In my best judgment, it has had some effect in integrating a community of people based in Denmark doing human and social science studies on Greenland and the Arctic. There is probably still a core community of people who work on Greenland from a bottom-up approach, but also due to the growing geopolitical interest in Greenland there are more people coming out of political science and international relations that put their attention on the Arctic and Greenland so there are these two communities and a lot of people from around popping in and out.

Who is eligible to participate in the Arctic Seminar Series?

We welcome everybody that is a researcher at some stage: PhD studies, contract people, and people with fixed positions are very welcome. The only thing is that you need to engage. You need to spend an hour or two preparing for the seminars, then engaging with the discussions.

For potential researchers who might be coming in from abroad and who might only be in Denmark for a conference or a meeting or visiting scholar position, are they eligible to attend?

Sure. If you are in town [Copenhagen], you are always welcome. It is even possible, if we know far enough in advance, it’s been possible for us to have a special session for people coming in from outside [Denmark].

How frequent are your meetings?

Ideally once a month in the teaching semester. It differs a bit. Sometimes we have skipped a couple of sessions – sometimes, we’ve had extra seminars.

Typically, where do you meet?

We alternate between the University of Copenhagen’s social sciences faculty and Aalborg University’s campus in Copenhagen. Also, in December 2019, during the Greenland Science Week, we will have our first session in the Arctic because we will have a seminar in Nuuk on the 3rd of December.

Where can people go to find out more information about the Arctic Seminar Series?

We’re trying to keep information updated on both the webpages of the political science department in the University of Copenhagen and on Aalborg University’s Arctic website.

Published by Women in the Arctic and Antarctic

View all posts by Women in the Arctic and Antarctic